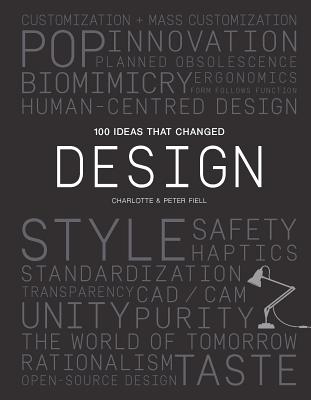 
Not in stock. At Our Partner Warehouse: Usually Ships in 4-7 Days.
This inspiring book chronicles the most influential ideas that have shaped industrial and product design. Written by two experts on modern design, it provides a concise history of the subject, and offers a fascinating resource to dip into for the general reader.

From the origins of modern design in the craft movements of the 19th and early 20th century, and the changes brought about by mass production, the book traces the most important ideas in design through the modern movement and post-war consumer society to more recent ideas such as Open-Source Design and Biomimicry.
Charlotte and Peter Fiell are the authors of over 20 books on design and the visual arts, including The Story of Design, Designing the 21st Century, and the bestselling 1000 Chairs.