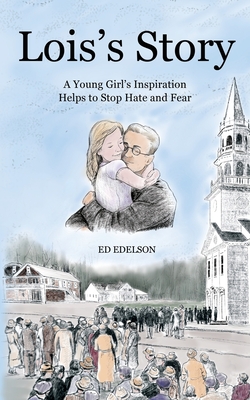 
Email or call for price.
How should your community respond when an organized group known for spreading hatred of others announces it wants to build a training camp in your town? It is a big question that ten-year old Lois must consider when it happens in her town where her Father is a respected minister. Based on a true story that happened in Southbury, CT in 1937, the story begins with members of the German American Bund, an American organization based on the teachings of Adolph Hitler, confronting Lois's father to try to convince him to support the building of a large camp on private land. Lois understands that her Father is conflicted. With her encouragement, she convinces him that he should preach about this to his congregants the next Sunday. This sets in motion events that result in the peaceful termination of the plans for building the training camp.The book comes with an introduction for Parents and Teachers to help put this story in context. In addition, the moving illustrations by Betty Ann Medeiros help the reader understand the world Lois finds herself in November 1937.The author, Edward Edelson, was First Selectman (Mayor) of Southbury from 2011 through 2015. Along with Rabbi Eric Polokoff and Reverend Shannon Wall, they revived the story through the production of a documentary film that has resonated with adults and older children. Edward was convinced that a younger audience needed to learn the important lessons that can be gleaned from the real events. This book is the result of what he learned from both the oral and written history developed as part of making and screening the documentary film. The film was first shown in 2012 to commemorate the 75th anniversary. The Southbury story became part of an important exhibit at the US Holocaust Memorial Museum.