The Wolfberry Chronicle: And Other Permian Basin Tales From The Henry Oil Company (Hardcover) 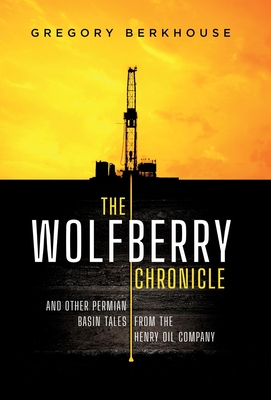 The Wolfberry Chronicle: And Other Permian Basin Tales From The Henry Oil Company (Hardcover)

Since its start in 1969, the family-owned Henry company had been viewed by the Permian Basin oil community as "a little ol' Spraberry driller," reliable and determined but quaintly plodding.

But in summer 2003, the company inconspicuously drilled two wells on picked-over acreage and quietly deployed an experimental "slickwater" frac. Both wells roared to life at high producing rates, and Henry hushed the results and launched a covert land grab ringing the entire basin.

When reports of their success finally leaked, scores of other operators scrambled into the fray, mustering hundreds of rigs, leasing thousands of acres and eventually producing millions of barrels of oil. Within a decade, the "Wolfberry play" catapulted the Permian Basin to the top of the global oil chart as the vertical program turned sideways into the hot horizontal shale play of today.

The Wolfberry Chronicle tells the Henry tale, from the company's obscure beginning through its maturing into a stalwart operator, then striking the Wolfberry motherlode before segueing into horizontal expertise. The requisite components are all there-wild wells, big wealth and colorful characters-but also an element of much greater moment: uncommon goodwill.

Gregory Berkhouse has worked in the petroleum industry as both a geologist and an engineer for 35 years, spending the last two decades with Henry. He relays firsthand accounts and personal acquaintances with insight, style and wit, and provides technical explanations-both accurate and accessible-of the geology, hydraulic fracturing and horizontal drilling essential to Henry's Permian Basin epic.