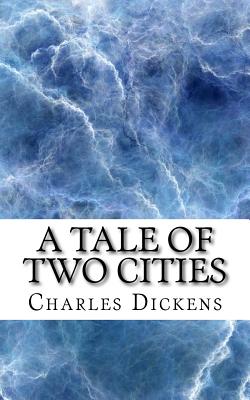 A Tale of Two Cities By Charles Dickens Green, by one highwayman, who despoiled the illustrious creature in sight of all his retinue; prisoners in London gaols fought battles with their turnkeys, and the majesty of the law fired blunderbusses in among them, loaded with rounds of shot and ball; thieves snipped off diamond crosses from the necks of noble lords at Court drawing-rooms; musketeers went into St. Giles's, to search for contraband goods, and the mob fired on the musketeers, and the musketeers fired on the mob, and nobody thought any of these occurrences much out of the common way. In the midst of them, the hangman, ever busy and ever worse than useless, was in constant requisition; now, stringing up long rows of miscellaneous criminals; now, hanging a housebreaker on Saturday who had been taken on Tuesday; now, burning people in the hand at Newgate by the dozen, and now burning pamphlets at the door of Westminster Hall; to-day, taking the life of an atrocious murderer, and to-morrow of a wretched pilferer who had robbed a farmer's boy of's.