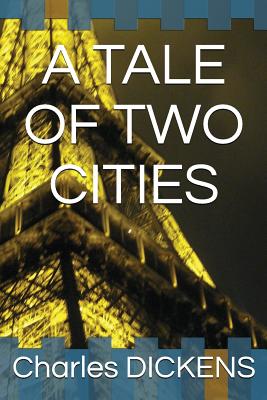 - Charles DICKENS, writer and English journalist, born in 1812 and died in 1870. In 1833, he became a journalist and published news. He writes articles for the biggest dailies of the time. In 1936, he published a monthly soap opera telling The Adventures of Mr. Pickwick, that brings him success. He is, like Balzac in France, one of the pioneers of these publications in episodes that will become very popular in the 19th century. Dickens enjoys immense popularity. He is only 24 years old, but his work touches all generations and all walks of life. He becomes a true idol in his lifetime, in Europe and America. In 1849, Charles Dickens worked on an ambitious and innovative project: he wanted to write a novel that simply follows the daily life of the autobiographical hero: "David Copperfield." It's a new success. After several family dramas, the works of Charles Dickens darken. In 1859 he published "The Tale of Two Cities." In 1865, the train in which he travels derails. Charles Dickens never completely recovered from his injuries. He distributed scholarships, and even founded a house for prostitutes. The author, who has never forgotten the difficult years of his childhood, was an indefatigable defender of the victims of the industrial revolution. Better known for his work than for his social and philanthropic activism, the English author was also a hero in his own way. - A TALE OF TWO CITIES, published in 1859, is a novel by Charles Dickens Lucie Manette, a young orphan, learns that her father is still alive after being imprisoned for eighteen years. Accompanied by Mr. Lorry, a banker and friend of his father, she went to France and found him, hosted since his release by one of his former servants. The family moves to London where Mr. Lorry becomes a loyal friend. Lucie and the doctor are summoned to the witness stand during the trial of Charles Darnay, a French subject residing in London, accused of high treason against the Crown. Acquitted, and since this trial, Charles and the Manettes have come closer. The English lawyer Carton is also very present, although his ways of living do not always make him welcome. Lucie and Charles got married. One day, Mr. Lorry gives Darnay a letter he received for a French Marquis. In truth, this Marquis is none other than himself. Following this, he goes to France. The revolution is underway, the peasant people has overthrown the power and is working to eliminate anyone with ties to the Old Regime. Upon his arrival in France, Darnay was arrested and thrown into prison. He is forced to a trial. In the court, an exhibit against him is presented in the form of a diary kept by Dr. Manette during his incarceration, which he had hidden in his cell. The document reveals that the doctor knew that relatives of Darnay had cruelly murdered a peasant. By reading this letter, the court is unleashed and unanimously votes the execution of Darnay. The lawyer Carton discovers that one of the witnesses against Darnay, at his trial seven years ago, is a spy working in France. He is in the prison where Darnay is incarcerated. Also, he is maneuvering with this spy to visit Darnay in his cell. Once inside, he gives Darnay a drug that plunges him into a deep sleep, swaps his clothes with him and forces the spy to take him out of the compound. The spy managed to get Darnay out of the prison. Once outside, La Manette's car headed back to England. The doctor, Lucie and Mr. Lorry, were also waiting to leave French territory as soon as possible, because all were in danger.