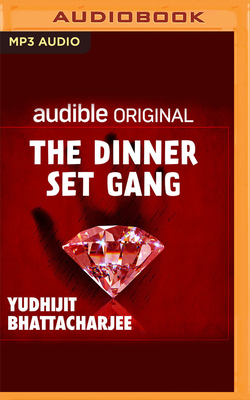 Here is a glittering true-crime tale unlike any you have ever encountered. Glittering because the take involved rubies, emeralds, diamonds, sapphires. The thieves were two men from Yonkers, Dominick Latella and Pete Salerno, who hit the East Coast mansions of the wealthy enclaves of Westchester and Palm Beach. Over 20 years they became known as the most successful jewel thieves in American history...until one bleak night when they got careless.

The most astonishing part of the story, though, was the unique twist to their method. They never hit a mansion unless the owners were home, having supper in the dining room. Then Latella would hoist Salerno up to a second-story window of a bedroom. Latella would stay earthbound to serve as lookout while Salerno swept up the jewels invariably left by the lady of the house on her dressing table or in other obvious places.

The story is also one of great pathos: the two were finally apprehended on what Salerno had vowed would be his last job. His wife had cancer, and he was doing the job to pay for the mastectomy she needed.

Yudhijit Bhattacharjee interviewed all the major players, including the thieves (one in prison, the other now passed away) and their spouses, in this heart-stopping, glamorous, yet ultimately tragic story.

Bhattacharjee is an award-winning writer whose features and essays on espionage, cybercrime, science, and medicine have appeared in The New Yorker, The New York Times Magazine, National Geographic, Wired, and other US magazines.