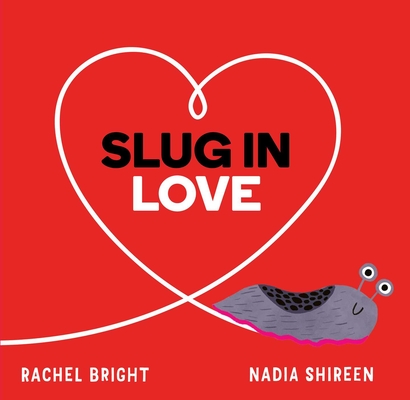 
Click Title to See Location Inventory
From the bestselling author of Love Monster comes the irresistible story of one slug’s search for love in this endearing rhyming picture book perfect for Valentine’s Day!

Doug the slug needs a hug. But who wants to hug a slug called Doug? After a long search for someone to snuggle, lonesome Doug is ready to give up hope. But you never know when love might come flying by! Young readers will love this funny and fabulous tale that shows there’s a friend for everyone.
Rachel Bright is a bestselling author and illustrator, as well as being the brains behind the multi-million selling global card and gift phenomenon, the brightside. Her picture book hits include Love Monster, which has now been adapted into an irresistible TV series for CBeebies. She is also the author of a hugely popular picture book series, illustrated by Jim Field, whose titles include The Lion Inside, The Squirrels Who Squabbled, and The Koala Who Could (winner of the Sainsburys Book Award and the Oscar’s Book Prize). Rachel lives in Dorset, England.

Nadia Shireen has been described as one of the ‘best and brightest picture book creators working in Britain today.’ (The Observer.) Her debut picture book Good Little Wolf received a mention in the Bologna Ragazzi Opera Prima Award and won the UKLA Book Award. Other books include The Bumblebear, which was distributed to over 700,000 children as part of Booktrust’s Time To Read campaign, as well as Billy and the Beast and Billy and the Dragon. Nadia has been shortlisted for the Roald Dahl Funny Prize and the Waterstones Children's Book Prize, and has been Writer-Illustrator in Residence for BookTrust. Her first book in the Grimwood series was published in 2021, with the second due to be released in 2022. She lives in London.