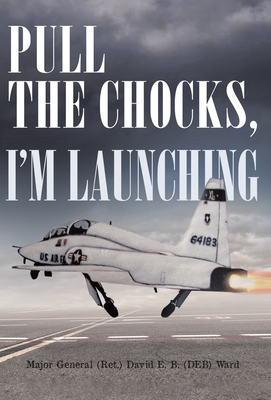 For as long as I can remember, I always wanted to be a pilot, and when I first saw F-80 fighter jets making practice gunnery passes on a firefighting training tower in Anchorage, Alaska, I knew I had to become a fighter pilot. This experience happened when I was 12 years of age and during the period of the Korean War. Seventeen years later I was invited to join the Oregon Air National and informed that I was going to become a fighter pilot in the 123rd Fighter Interceptor Squadron, in Portland, Oregon. The squadron is known as the "Redhawks,"

My journey in this chapter of my life began in Miles City, Montana, the place of my birth. Miles City bills itself as "The Cow Capital of the West", holds an annual bucking horse sale in May of each year, and was the only American city in the contiguous United States to be bombed during World War II. That feat was accomplished by our own U.S. Army Air Corps. On both sides of my family, my grandparents were ranchers and farmers, and the hired workers on the ranch were trustees from the Miles City jail, reform school teenagers, and German POWs. I spent summers in the country and rode a full-size horse at the age of five. I didn't ride a bicycle, however, until the age of eight when my family moved west to Portland, Oregon.

Circumstances in my life, extending into early adulthood, generated a host of highly unusual real-life stories, ranging from the humorous to the tragic, several of which were woven into the fabric of then-current events that made their mark in history. The interesting people I came into contact with during these events contributed significantly to the richness of the experiences.

A divorce and remarriages by both of my parents sent my already active early life into a tumultuous spin. In eight grades of schooling, I attended six different elementary schools in three different states plus the Territory of Alaska. Although we were settled for my years in high school and college, those disruptive moves created a restlessness within me that made it a challenge at times to remain focused on my studies. My selection as the University's Air Force ROTC Drill Team Commander and the program's Flight Indoctrination Program in which I received my Private Pilot License, imbued me with the direction and confidence I needed to successfully complete Air Force pilot training which I did in South Georgia.

My first assignment after pilot training was as a T-33 jet pilot training instructor in Texas. The T-33 was the trainer version of the Korean War vintage F-80. In meeting my "need for speed", I later converted as an instructor into the supersonic T-38 trainer. After four years of instructing basic flight training, I was reassigned to Korea as a Forward Air Controller and became the Air Division's T-33 flight program manager. When I completed this overseas tour, at the height of the Air War in Vietnam, I resigned from the Air Force and joined the Oregon Air National Guard. This started a new chapter in my life.