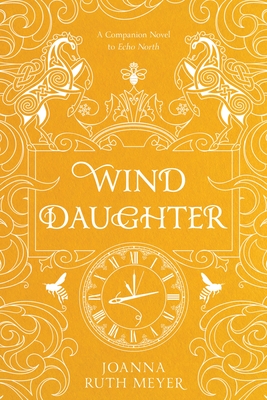 A hauntingly beautiful fairy tale about love and loss, this Echo North companion novel is perfect for fans of the Winternight Trilogy.

In the dark, cold reaches of the north lives a storyteller and his daughter. He told his daughter, Satu, many stories—romances like the girl who loved a star and changed herself into a nightingale so she could always see him shining—but the most important story he told her was his own. This storyteller was once the formidable North Wind, but he lost his power by trading it away in exchange for mortality—he loved her mother too much to live without her. The loss of his magic impacted more than just their family, however, and now the world is unraveling in the wake of this imbalance.

To save the North, Satu embarks on a perilous journey to reclaim her father’s magic, but she isn’t the only one searching for it. In the snow-laden mountains, she finds herself in a deadly race with the Winter Lord who wants the North Wind’s destructive powers for himself.

Satu has the chance to be the heroine of her own fairy tale, only this one has an ending she never could have imagined.

Joanna Ruth Meyer is the author of Beneath the Haunting Sea, and Echo North, which received starred reviews from both Kirkus and Publishers Weekly. She is also the author of Beyond the Shadowed Earth and Into the Heartless Wood. She lives in Mesa, Arizona.

“Wind Daughter is a glittering fairy tale of ice and snow, written with Joanna Ruth Meyer’s trademark ethereal tenderness.” —Anna Bright, author of The Beholder and The Song that Moves the Sun

"A frost-spangled, deftly-woven jewel of a fairytale, written with the quiet assurance of a master storyteller." —Laura Weymouth, author of A Light Between Worlds and A Consuming Fire