Clay and Bones: My Life as an FBI Forensic Artist (Hardcover) 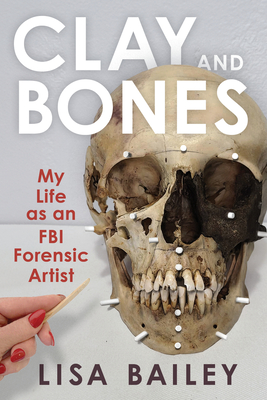 Clay and Bones: My Life as an FBI Forensic Artist (Hardcover)


Not Yet Published - Available for Pre-Order Now
Whenever Lisa Bailey sees a particularly striking person, she wonders, “What is going on with their skull?”

It all started after Bailey took the FBI’s Forensic Facial Imaging Course and was introduced to facial approximation. Her fascination was instantaneous.

As the only female forensic sculptor in the FBI, Bailey re-created the faces of unidentified homicide victims from their skulls. She worked on hundreds of cases and grew to become a subject matter expert in the field. The job was just as incredible as it sounds, and she loved every moment of it.

Her life changed when new supervisors began subjecting her to extreme sexual discrimination and harassment. Her casework was sabotaged; she was berated in front of coworkers, cyber-stalked, slandered, and threatened physically. When the FBI ignored her repeated appeals for help, Bailey filed an Equal Employment Opportunity complaint.

What followed was six years of retaliation. Ultimately, it was ruled that the FBI had discriminated against Bailey, but the men responsible escaped unscathed. Bailey came to believe that it was her obligation to speak up to expose the culture of discrimination and reprisal and help other women to protect themselves.

Told with unflinching honesty and a touch of gallows humor, Clay and Bones is a memoir with a mission, and a fascinating exploration into the surreal and satisfying work of a forensic artist.
Lisa Bailey is a retired FBI forensic artist, adjunct faculty member of the FBI Academy, and instructor of the FBI Forensic Facial Imaging Class. She has been featured prominently in major news outlets such as the Washington Post, National Public Radio, America’s Most Wanted, Dateline NBC, and A&E Real Crime. Bailey and her forensic art also appear in Mental Floss, Medium, and the National Museum of Health and Medicine.