Tales from the Loop (Hardcover) 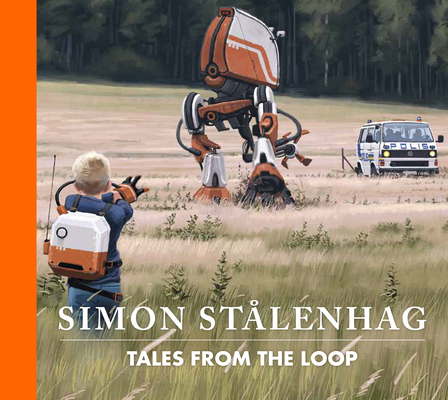 Travel back to the 80's that never was in Tales from the Loop, Simon Stalenhag's beautiful book of oddly familiar — yet starkly strange — illustrations.

— From Tales from the Loop, by Simon Stalenhag

Now in development to be an Amazon Studios series Simon St lenhag's Tales from the Loop is a wildly successful crowd-funded project that takes viewers on a surprising sci-fi journey through various country and city landscapes--from small towns in Sweden and the deserts of Nevada to the bitter chill of Siberia--where children explore and engage with abandoned robots, vehicles, and machinery large and small, while dinosaurs and other creatures wander our roads and fields. St lenhag's paintings and stories take place in an alternate version of Sweden in the '80s and '90s, primarily in the countryside of M lar arna, a string of islands just west of Stockholm, and how this reality came about: the development of the Loop, a large particle accelerator and the side effects of the massive project. These incredibly captivating works and accompanying text capture perhaps a not-too-distant reality that is both haunting and imminent: addressing the many ways developing technology and nature can create havoc and wonder in our world--plus, its impact on the next generation. This is the English edition of the first book in Swedish that sold out in its initial printing.