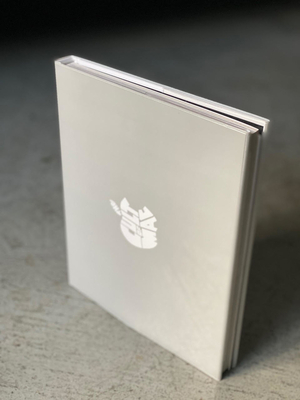 By Leander Kahney, David Pierini
Email or call for price.
Special Order - Subject to Availability. Not Likely to Arrive for the Holidays

It's been nearly fifteen years since Apple fans raved over the first edition of the critically-acclaimed The Cult of Mac. This long-awaited second edition brings the reader into the world of Apple today while also filling in the missing history since the 2004 edition, including the creation of Apple brand loyalty, the introduction of the iPhone, and the death of Steve Jobs.

Apple is a global luxury brand whose products range from mobile phones and tablets to streaming TVs and smart home speakers. Yet despite this dominance, a distinct subculture persists, which celebrates the ways in which Apple products seem to encourage self-expression, identity, and innovation.

The beautifully designed second edition of The Cult of Mac takes you inside today's Apple fandom to explore how devotions--new and old--keep the fire burning. Join journalists Leander Kahney and David Pierini as they explore how enthusiastic fans line up for the latest product releases, and how artists pay tribute to Steve Jobs' legacy in sculpture and opera. Learn why some photographers and filmmakers have eschewed traditional gear in favor of iPhone cameras. Discover a community of collectors around the world who spend tens of thousands of dollars to buy, restore, and enshrine Apple artifacts, like the Newton MessagePad and Apple II.

Whether you're an Apple fan or just a casual observer, this second edition of The Cult of Mac is sure to reveal more than a few surprises, offering an intimate look at some of the most dedicated members in the Apple community.

Leander Kahney is a technology writer and author of the award-winning Cult of iPod (No Starch Press). Recognized as an Apple pundit, he's the former Managing Editor at Wired News, where he originated the wildly popular Cult of Mac blog. Leander has worked for many other publications, including: MacWeek as a senior reporter, Scientific American, The Observer and The Guardian in London. He is currently living in San Francisco, California and is a father of four.

David Pierini has been a writer and photographer since the eighth-grade, and has been writing for the Cult of Mac blog since 2014. Pierini has won numerous state and national awards for his photography, including Photos of the Year international, the Atlanta Photojournalism Seminar and the Southern Short Course.

Praise for the first edition of Cult of Mac:

"Kahney embarked on his journey to chronicle the weird world of Mac addicts last year, and I think he nailed it. If you have iPod-clutching, Macintosh-using, Woz-loving, Newton-worshiping cultists in your circle of friends, get 'em this book. But even if you you're not a HyperCard-carrying member of the club, the book is worth a look. Kahney has uncovered some real characters on the scene.”
—San Francisco Chronicle

"Mr. Kahney's informal history of the Mac is interspersed with trivia and delightful details, and intriguing photos, and is wrapped up in an entertaining style. This is a coffee table book that only a geek might love — but it's also one lots of people will enjoy reading."
—Washington Times

"This account of Macintosh fanaticism will strike a chord with anyone who's ardently defended (or cursed) an operating system... sure to end up on Quadra-based coffee tables everywhere."
—Wired Magazine