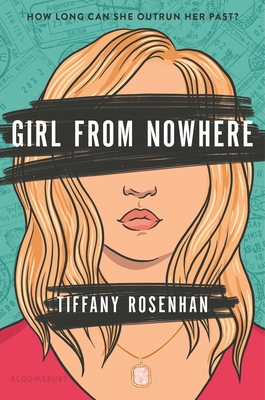 Red Sparrow meets One of Us Is Lying in this action-packed, romance-filled YA debut about a girl trying to outrun her past.

Ninety-four countries. Thirty-one schools. Two bullets. Now it’s over . . . or so she thinks.

Sophia Hepworth has spent her life all over the world--moving quickly, never staying in one place for too long. She knows to always look over her shoulder, to be able to fight to survive at a moment’s notice. She has trained to be ready for anything.

Except this. Suddenly it’s over. Now Sophia is expected to attend high school in a sleepy Montana town. She is told to forget the past, but she’s haunted by it. As hard as she tries to be like her new friends and live a normal life, she can’t shake the feeling that this new normal won’t last.

Then comes strong and silent Aksel, whose skills match Sophia’s, and who seems to know more about her than he’s letting on . . .

What if everything Sophia thought she knew about her past is a lie?

Cinematic and breathtaking, Tiffany Rosenhan’s debut stars a fierce heroine who will risk everything to save the life she has built for herself.

Tiffany Rosenhan has a degree in political science and four young daughters, and often travels the world with her family and husband, who is a critical care physician. She lives in Salt Lake City, Utah. This is her debut novel.
tiffanyrosenhan.com
@tiffany_rosenhan (Instagram)
@tiffanyrosenhan (Twitter)

“Heartpounding international action fuels this novel at an unrelenting pace. . . . [A] twisting, turning thriller from beginning to end.” —Booklist