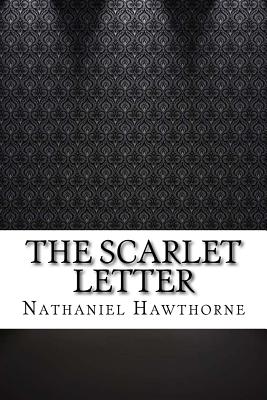 By Nathaniel Hawthorne
Email or call for price.
Special Order - Subject to Availability

The Scarlet Letter, published in 1850, is an American novel written by Nathaniel Hawthorne and is generally considered to be his magnum opus. Set in 17th-century Puritan Boston, it tells the story of Hester Prynne, who gives birth after committing adultery, refuses to name the father, and struggles to create a new life of repentance and dignity. Throughout the novel, Hawthorne explores questions of grace, legalism, sin and guilt. Nathaniel Hawthorne was born on July 4, 1804, in Salem, Massachusetts, where his birthplace is now a museum. William Hathorne, who emigrated from England in 1630, was the first of Hawthorne's ancestors to arrive in the colonies. After arriving, William persecuted Quakers. William's son John Hathorne was one of the judges who oversaw the Salem Witch Trials. (One theory is that having learned about this, the author added the "w" to his surname in his early twenties, shortly after graduating from college.) Hawthorne's father, Nathaniel Hathorne, Sr., was a sea captain who died in 1808 of yellow fever, when Hawthorne was only four years old, in Raymond, Maine. Hawthorne attended Bowdoin College at the expense of an uncle from 1821 to 1824, befriending classmates Henry Wadsworth Longfellow and future president Franklin Pierce. While there he joined the Delta Kappa Epsilon fraternity. Until the publication of his Twice-Told Tales in 1837, Hawthorne wrote in the comparative obscurity of what he called his "owl's nest" in the family home. As he looked back on this period of his life, he wrote: "I have not lived, but only dreamed about living." And yet it was this period of brooding and writing that had formed, as Malcolm Cowley was to describe it, "the central fact in Hawthorne's career," his "term of apprenticeship" that would eventually result in the "richly meditated fiction.