Momma, Did You Hear the News? (Paperback) 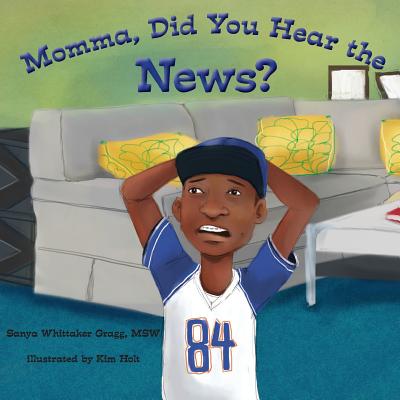 Momma, Did You Hear the News? (Paperback)


Email or call for price.
Little Avery becomes concerned after seeing another police shooting of an unarmed man. His parents decide it is time to have "The Talk". They teach him and his brother a catchy chant to help remember what to do if approached by an officer, while also emphasizing that all policemen are not bad. A to the L to the I-V-E...come home ALIVE....THAT is the key.
Sanya Whittaker Gragg has always wanted to make a difference in the lives of others. She has degrees from the University of Memphis, Georgia State University and the University of Southern California. She has worn many hats including nearly 10 years in marketing/PR and athletics, serving on the board for an Ann Arbor homeless shelter for families and advocating in the courts for foster children. Her work in the community and with families prompted her to pursue her MSW. This led to her working in Tulsa Public Schools as a school based therapist and social worker. Over the years, Sanya has also taken breaks in her career to be at home full time supporting her children with their many activities as well as supporting her husband with his demanding career as an athletic director. Raising two black sons prompted her to write her debut book. She now also has her 3 year old "Tulsa surprise" keeping her busier than ever.