What Remains of Her (MP3 CD) 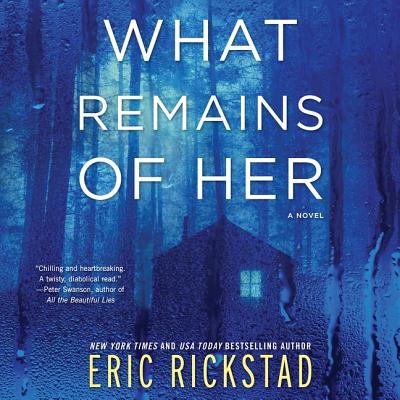 From the New York Times bestselling author of The Silent Girls comes this chilling, harrowing thriller set in rural Vermont about a recluse who believes the young girl he's found in the woods is the reincarnation of his missing daughter, returned to help him solve her and his wife's disappearance.

Jonah Baum, a professor of poetry at a local college in Vermont, sees his ordinary life come tumbling down when his wife and young daughter vanish from their home. No evidence of a kidnapping. No sign of murder. No proof that Rebecca didn't simply abandon her marriage. Just Sally's crude and chilling drawings, Jonah's little lies, and the sheriff's nagging fears that nothing is what it seems.

For Sally's best friend, Lucinda, it's something else. She trusts in Sally not to just disappear, not after they've shared so many secrets--especially about the woods and what they saw there. But she'll never tell. No one would believe her anyway.

As the search for Rebecca and Sally intensifies, and as suspicion falls on Jonah, the disappearances become more relentlessly haunting than anyone can imagine. Because what's seen in the light of day is not nearly as terrifying as what remains hidden in the dark...