The Return (Remember Me #2) (Paperback) 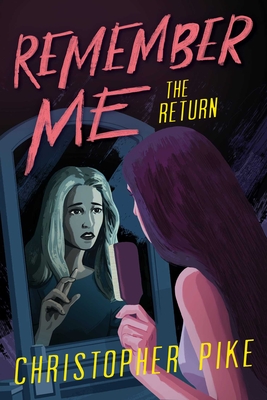 The Return (Remember Me #2) (Paperback)

This is book number 2 in the Remember Me series.

Shari returns to Earth for a second chance at life, but there are those who will do anything to send her back to the afterlife.

Shari Cooper died the victim of a vicious attack. After time spent among her loved ones as a ghost, she is on the other side—a place of spirits, an eternal realm of light and love. But in the midst of her peace, she receives a rare offer: to return to Earth without having to be reborn.

A teenage girl has been weighed down with a deep depression. By transferring her soul with Shari’s, the girl will be given release, and Shari will have a second chance at life as a Wanderer, a returning spirit. Shari happily seizes the opportunity.

When she’s back in a human body, she has no memory of her life as Shari Cooper or of the afterlife. Little does she know, not remembering keeps her safe. Because if the group of people on Earth who know about Wanderers—and view them as dangerously unnatural—found out about her, Shari could face a fate worse than death.
Christopher Pike is a bestselling author of young adult novels. The Thirst series, The Secret of Ka, and the Remember Me and Alosha trilogies are some of his favorite titles. He is also the author of several adult novels, including Sati and The Season of Passage. Pike currently lives in Santa Barbara, where it is rumored he never leaves his house. But he can be found online at Facebook.com/ChristopherPikeBooks.