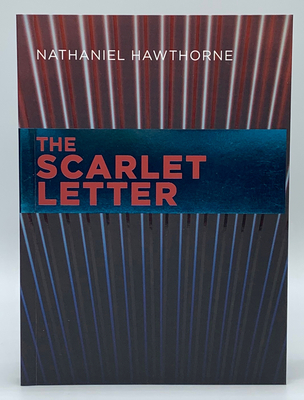 Inspired by current cultural movements and the new wave of feminism, these releases of classic books feature strong female protagonists who must navigate difficult situations involving class and power, love and loss, sex and family, independence and societal norms, and more.

The red letter on Hester Prynne's dress proclaims a dangerous statement: that she, married and with a young daughter, committed the sin of adultery. First jailed, now Hester finds herself defenseless on a stage, to be judged and condemned in front of the whole community.

Yet it is the young clergyman Reverend Arthur Dimmesdale who seems to bear a heavy conscience for being just an innocent bystander, while an enraged man who calls himself Roger Chillingworth hides among the wrathful citizens below. Neither are who they appear, and their ties to Hester share more secrets than other people know. With her and her daughter's livelihoods and the truth at stake, Hester must fight against everything her world believes in if she wants to live and raise her daughter in peace.

First published in 1850 and lauded as Nathaniel Hawthorne's masterpiece, The Scarlet Letter explores themes of marriage, adultery, sin, and the religious values that were embedded in a Puritan society, emerging to question the means and ends of revenge and repentance, justice and judgment, and what knowledge and truth mean in relation to morality.

Z Lit Classics revives some of the most beloved works in classic literature in a luxe, eye-catching paperback format to appeal to the Generation Z buyer, though these timeless stories will appeal to anyone interested in the female experience throughout history. Each book also comes with a tearaway bookmark hidden inside the back flap.