Zombies Attack!: The Rise of the Warlords Book One: An Unofficial Interactive Minecrafter's Adventure (Hardcover) 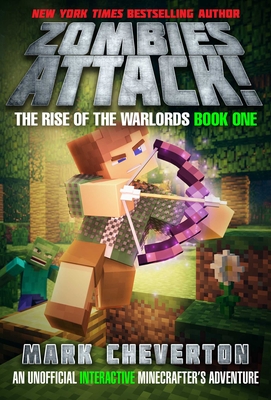 Zombies Attack!: The Rise of the Warlords Book One: An Unofficial Interactive Minecrafter's Adventure (Hardcover)


Email or call for price.
The Far Lands is a hidden area located at the very edge of Minecraft’s outer borders, unknown to normal users. There, the life of a young boy named Watcher is suddenly turned upside down when his village is destroyed by the vile zombie warlord Tu-Kar. Watcher and a handful of his friends vow to save those who were captured during the devastating battle and bring the zombie leader to justice. But along the way, they’ll uncover a terrifying secret about the monsters in the Far Lands, one that could change Minecraft forever.The Rise of the Warlords series is an interactive Minecraft adventure like never before, giving fans the option to play along in Minecraft as they read on custom Far Lands worlds exclusively designed by bestselling author Mark Cheverton.
Mark Cheverton is a former high school physics and math teacher and the father of a Minecraft fanatic. He is the creator of the New York Times bestselling Gameknight999 series, action-adventure books set in the world of Minecraft conceived as a way to teach children the dangers of online bullying.