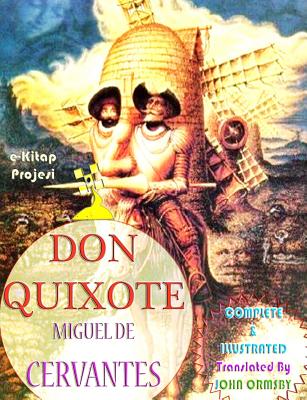 The history of our English translations of "Don Quixote" is instructive. Shelton's, the first in any language, was made, apparently, about 1608, but not published till 1612. This of course was only the First Part. It has been asserted that the Second, published in 1620, is not the work of Shelton, but there is nothing to support the assertion save the fact that it has less spirit, less of what we generally understand by "go," about it than the first, which would be only natural if the first were the work of a young man writing currente calamo, and the second that of a middle-aged man writing for a bookseller. On the other hand, it is closer and more literal, the style is the same, the very same translations, or mistranslations, occur in it, and it is extremely unlikely that a new translator would, by suppressing his name, have allowed Shelton to carry off the credit. In 1687 John Phillips, Milton's nephew, produced a "Don Quixote" "made English," he says, "according to the humour of our modern language." His "Quixote" is not so much a translation as a travesty, and a travesty that for coarseness, vulgarity, and buffoonery is almost unexampled even in the literature of that day. But it is, after all, the humour of "Don Quixote" that distinguishes it from all other books of the romance kind. It is this that makes it, as one of the most judicial-minded of modern critics calls it, "the best novel in the world beyond all comparison." It is its varied humour, ranging from broad farce to comedy as subtle as Shakespeare's or Moliere's that has naturalised it in every country where there are readers, and made it a classic in every language that has a literature.