On the Edge (Compact Disc) 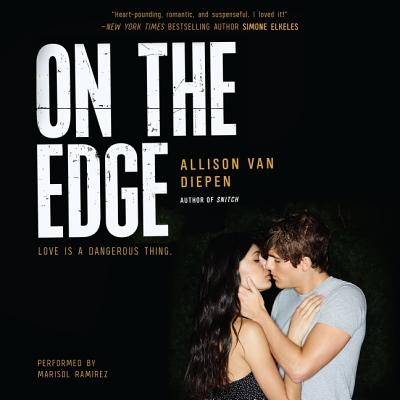 On the Edge (Compact Disc)

Maddie Diaz never should have taken that shortcut through the park. If she hadn't, she wouldn't have seen two gang members attacking a homeless man. Now, as the only witness, Maddie knows there's a target on her back.

But her courage has also caught the attention of Lobo, the mysterious leader of a rival gang, who promises to protect her. Lobo might be out for his own revenge, but Maddie knows she can trust him. And even though Lobo tries to push her away, she is determined to find out the truth about him. As sparks fly between them, Maddie is drawn deeper into his dangerous world . . . until there's no turning back.

When you live on the edge, any moment could be your last.