The Flip Side (Paperback) 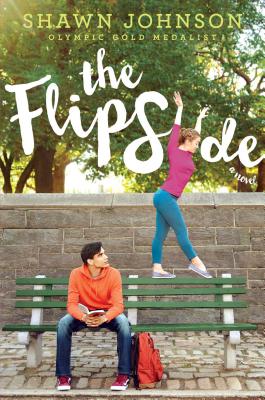 The Flip Side (Paperback)

By Shawn Johnson, A.L. Sonnichsen (With)


Not in stock. At Our Partner Warehouse: Usually Ships in 4-7 Days
From gold medalist and reality TV star Shawn Johnson comes an “absorbing portrait of a young athlete’s quest to achieve her Olympic dreams” (Kirkus Reviews) inspired by her own experiences as an elite teenage gymnast.

Charlie Ryland has a secret.

She may seem like your average high school sophomore—but she’s just really good at pretending.

Because outside of school Charlie spends all her waking hours training to become one of the best gymnasts in the world. And it’s not easy flying under the radar when you’re aiming for Olympic gold…especially when an irresistible guy comes along and threatens to throw your whole world off balance.

Olympic gold medalist Shawn Johnson writes a delightfully entertaining novel about chasing big dreams and falling in love, all while trying to keep it real.
Shawn Johnson has accomplished a lifetime of achievements that include winning four Olympic medals, writing a New York Times bestselling memoir, starting her own business, and establishing a career in broadcasting. Johnson is a 2007 World Champion gymnast, a 2008 Olympic women’s gymnastics gold and silver medalist, and a 2006, 2007, and 2008 Olympic women’s gymnastics gold and silver medalist, and a 2006, 2007, and 2008 gymnastics National Champion—all titles she attained by the time she turned sixteen. At the age of seventeen, she became the youngest-ever contestant on ABC’s eighth season of Dancing with the Stars, and in May 2009 she was crowned champion. The Flip Side is Shawn Johnson’s debut YA novel. Find out more at ShawnJohnson.com.

A.L. Sonnichsen grew up in Hong Kong and then spent eight years as an adult in China. She now lives in Washington State with her husband and five children. Red Butterfly is her first novel. Learn more at ALSonnichsen.blogspot.com.
"Johnson adeptly captures Charlie's life as an elite athlete and effectively addresses the more familiar teen issues of first dates and first romantic relationships. She skillfully builds the emotional intensity of the tale, culminating in a suspenseful finale at the Olympic trials. Johnson's first novel for teens is an absorbing portrait of a young athlete's quest to achieve her Olympic dreams."
— Kirkus Reviews

"Writing with Sonnichsen (Red Butterfly), Johnson offers crisp accounts of Charlie’s grueling gymnastic training and physical and mental fortitude, while also credibly conveying her anguish atmaintaining dual identities and her remorse at the hurt that her deceptions cause. Though there’s little doubt that Charlie will stick the landing, so to speak, in the novel’s exhilarating finale, readers will be drawn into her passionate devotion to both spheres of her life."
— Publishers Weekly

"Readers will be drawn into [Charlie's] passionate devotion to both spheres of her life."
— Publishers Weekly

"Readers interested in gymnastics and what it takes to succeed should find this illuminating, while gymnast Johnson’s experiences as an Olympic gold medalist add additional insight."
— Booklist