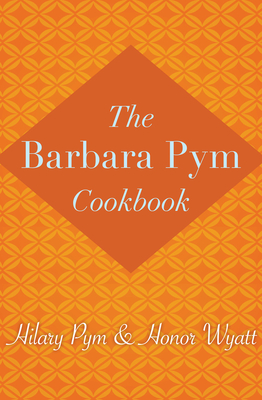 
Not in stock. At Our Partner Warehouse: Usually Ships in 4-7 Days
Barbara Pym's sister Hilary teams with cookbook author Honor Wyatt to bring together this mouthwatering collection of family recipes, memories, and anecdotes drawn from Pym's diaries and letters, as well her most acclaimed novels
Straight from the kitchen of Barbara Pym, this winning cookbook delivers a delectable treat for readers who like their meals served with a generous helping of literary aplomb. Sharing favorite family recipes that Pym incorporated into her novels, The Barbara Pym Cookbook reveals how the author's life intersected with those of her memorable characters. Inside you'll find British classics such as steak and kidney pie, plum cake, sausage rolls, and toad-in-the-hole--dishes that Pym's characters would often prepare for each other. Other treats, such as moussaka and risotto, reflect Pym's fascination with Greece and Italy. Throughout, the recipes are interwoven with references to Pym's novels; Dulcie's musings on "love apples" from No Fond Return of Love accompany directions for tomatoes la Proven ale, for instance. There are glimpses of Pym's personal life, too, such as her description of kipper p t for lunch with Philip Larkin. The Barbara Pym Cookbook is a must-have for both budding cooks and Pym aficionados.
Barbara Pym (1913-1980) was a bestselling and award-winning English novelist. Her first book, Some Tame Gazelle (1950), launched her career as a writer beloved for her social comedies of class and manners. Pym is the only author to be named twice in a TimesLiterary Supplement list of "the most underrated novelists of the century." She produced thirteen novels, the last three published posthumously. Her 1977 novel Quartet in Autumn was shortlisted for the Booker Prize. Hilary Pym (1916-2004) was the younger sister of English novelist Barbara Pym, with whom she shared a home for most of her life. Pym was involved in setting up the Barbara Pym Society in 1993 and continued to champion her sister's work after her death, publishing multiple books to honor her memory, including Civil to Strangers and Other Writings, A Very Private Eye, A Lot to Ask: A Life of Barbara Pym, and The Barbara Pym Cookbook. Honor Wyatt (1910-1998) was an English journalist and radio presenter. She worked at the British Broadcasting Corporation (BBC) for most of her life. Wyatt is best known for her novel, The Heathen, and her contributions to the periodical Epilogue by poets Robert Graves and Laura Riding, and The Barbara Pym Cookbook by Hilary Pym.