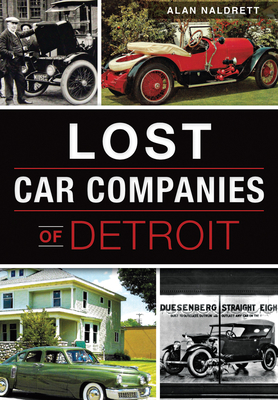 Among more than two hundred auto companies that tried their luck in the Motor City, just three remain: Ford, General Motors and Chrysler. But many of those lost to history have colorful stories worth telling.

J.J. Cole forgot to put brakes in his new auto, so he had to drive it in circles until it ran out of gas. Brothers John and Horace Dodge often trashed saloons during wild evenings but used their wealth to pay for the damage the next day. David D. Buick went from being the founder of his own leading auto company to working the information desk at the Detroit Board of Trade. Author Alan Naldrett explores these and more tales of automakers who ultimately failed but shaped the industry and designs today.