Where Is My Butt? (Hardcover) 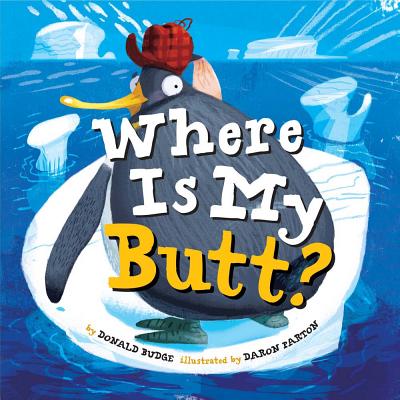 Where Is My Butt? (Hardcover)


Email or call for price.
Do you know where your butt is? Morty the penguin doesn't Morty is pretty sure he has a butt, but where exactly IS it? So he does what any reasonable penguin would do: ask. But no one in the South Pole can help--not the other penguins, not the polar bear who shouldn't be there, and definitely not the seal who wants to eat him for dinner. So Morty goes on a wild trip--from his frozen home to the steamy South American jungle and finally to outer space--to find the answer. And Morty finally does . . . in the most unexpected way. His crazy adventures will make kids laugh their butts off.
Donald Budge is the winner of the 2010 Blue Mesa Fiction Contest and a Pushcart Prize nominee. His stories have appeared in the Conium Review, Prime Mincer, and Bang Out, among others. He has worked on animal reserves, where he's met many intriguing ostriches and wondrous wallabies, in Israel and the United States. Currently Donald lives in Boston, MA with his faithful Yorkie companion. Where Is My Butt? is his first children's picture book. Daron Parton is a New Zealand-based illustrator from the United Kingdom. He graduated in 1990 from Central St. Martin's School of Art in London and has been working as an illustrator ever since. Daron has worked with Walker Books (Australia & UK), Penguin Random House (Australia), Scholastic (NZ), Templar (UK), and Egmont (UK). His work can also be found in magazines, advertisements, and packaging worldwide. He happily lives with his beautiful wife, Karen, and their two boys, Ollie and Rhys.