Pimp: The Story of My Life (Paperback) 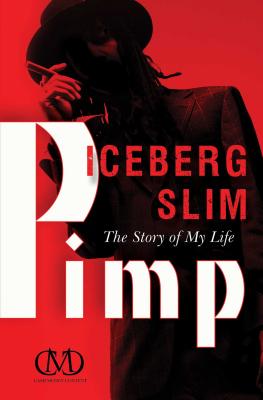 Pimp: The Story of My Life (Paperback)


Not in stock. At Our Partner Warehouse: Usually Ships in 4-7 Days
“[In Pimp], Iceberg Slim breaks down some of the coldest, capitalist concepts I’ve ever heard in my life.” —Dave Chappelle, from his Netflix special The Bird Revelation

An immersive experience unlike anything before it, Pimp is the classic hustler’s tale that never seems to go out of style.

Iceberg Slim’s autobiographical novel sent shockwaves throughout the literary world when it published in 1969. Groundbreaking for its authentic and oft-brutal account of the sex trade, the book offers readers an unforgettable look at the mores of Chicago’s street life during the 1940s, 50s, and 60s. In the preface, Slim says it best, “In this book, I will take you, the reader, with me into the secret inner world of the pimp.” With millions of copies sold, Pimp has become vital reading across generations of writers, entertainers and filmmakers alike, making it a timeless piece of American literature.
Iceberg Slim, also known as Robert Beck, was born in Chicago in 1918 and was initiated into the life of the pimp at age eighteen. He briefly attended the Tuskegee Institute but dropped out to return to the streets of the South Side, where he remained, pimping until he was forty-two. After several stints in jail he decided to give up the life and turned to writing. Slim folded his life into the pages of seven books based on his life. Catapulted into the public eye, Slim became a new American hero, known for speaking the truth whether that truth was ugly, sexy, rude, or blunt. He published six more books based on his life and Slim died at age 73 in 1992; one day before the Los Angeles riots.
"THE BEST KNOWN PIMP OF OUR TIME"--Hollie West for The Washington Post

"ICEBERG SLIM WAS THE GODFATHER OF A GENRE." --K'wan, #1 Essence Best-selling author

"ONE OF THE GREATEST BLACK WRITERS IN AMERICAN HISTORY." --Ice-T