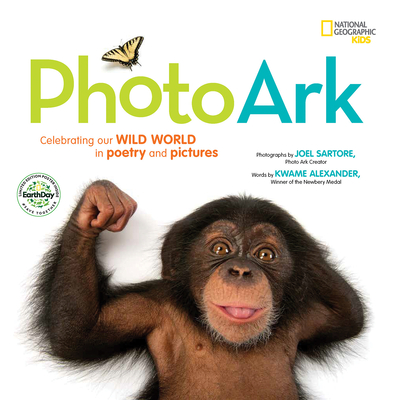 
Click Title to See Location Inventory
KWAME ALEXANDER is a poet, educator, and New York Times bestselling author of more than 20 books, including The Crossover, which received the 2015 John Newbery Medal for the Most Distinguished Contribution to American Literature for Children. His other recent works include Booked, Surf's Up, and He Said, She Said. He is the founder of Book-in-a-Day, a student-run publishing program that has created more than 3,000 student authors in 75 schools.

JOEL SARTORE is the founder of the Photo Ark, a photographer, speaker, author, teacher, conservationist, National Geographic Fellow, regular contributor to National Geographic magazine. In addition to the work he has done for National Geographic, Sartore has contributed to Audubon Magazine, Geo, Sports Illustrated, The New York Times, the Smithsonian magazine and numerous book projects.