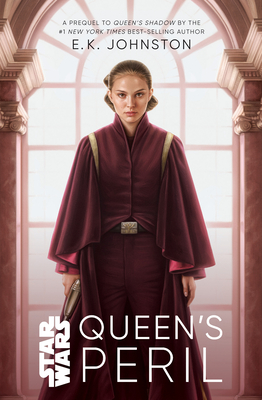 
Click Title to See Location Inventory
A prequel to the New York Times best-selling novel Queen's Shadow, further exploring the life of the iconic Padmé Amidala!
When fourteen-year-old Padmé Naberrie wins the election for Queen of Naboo, she adopts the name Amidala and leaves her family to the rule from the royal palace. To keep her safe and secure, she'll need a group of skilled handmaidens who can be her assistants, confidantes, defenders, and decoys. Each girl is selected for her particular talents, but it will be up to Padmé to unite them as a group.
When Naboo is invaded by forces of the Trade Federation, Queen Amidala and her handmaidens will face the greatest test--of themselves, and of each other.
E.K. Johnston had several jobs and one vocation before she became a published writer. If she’s learned anything, it’s that things turn out weird sometimes, and there’s not a lot you can do about it. Well, that and how to muscle through awkward fanfic because it’s about a pairing she likes.

You can follow Kate on Twitter (@ek_johnston) to learn more about Alderaanian political theory than you really need to know, on Tumblr (ekjohnston) if you’re just here for the pretty pictures, or online at ekjohnston.ca.