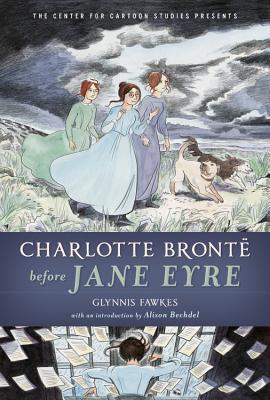 Do you think, because I am poor, obscure, plain and little, I am soulless and heartless? You think wrong!--I have as much soul as you,--and full as much heart!
Charlotte Brontë's Jane Eyre is a beloved classic, celebrated today by readers of all ages and revered as a masterwork of literary prowess. But what of the famous writer herself?
Originally published under the pseudonym of Currer Bell, Jane Eyre was born out of a magnificent, vivid imagination, a deep cultivation of skill, and immense personal hardship and tragedy. Charlotte, like her sisters Emily and Anne, was passionate about her work. She sought to cast an empathetic lens on characters often ignored by popular literature of the time, questioning societal assumptions with a sharp intellect and changing forever the landscape of western literature.
With an introduction by Alison Bechdel, Charlotte Brontë before Jane Eyre presents a stunning examination of a woman who battled against the odds to make her voice heard.

PRAISE FOR THOREAU AT WALDEN

ALA Best Book for Young Adults

PRAISE FOR THOREAU AT WALDEN

* "Porcellino creates a poetic alternation of words and silences that effectively draws the reader into Thoreau's point of view."—Kirkus Reviews (starred review)

PRAISE FOR ANNIE SULLIVAN AND THE TRIAL OF HELEN KELLER

PRAISE FOR ANNIE SULLIVAN AND THE TRIAL OF HELEN KELLER

* "Brilliantly conceived and executed. . . . Rarely is [this story] presented in such a breathtaking, original, and empathetic fashion."—Booklist (starred review)

PRAISE FOR HOUDINI: THE HANDCUFF KING

PRAISE FOR HOUDINI: THE HANDCUFF KING

* "Like Earhart herself, this book ought to soar exuberantly into the hearts of its readers."—Kirkus Reviews (starred review)