A History of Korea (Paperback) 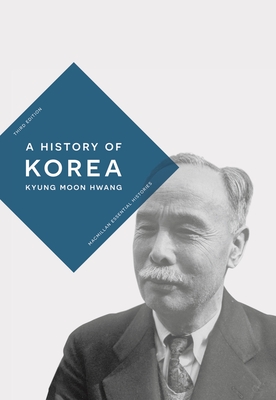 A History of Korea (Paperback)

Dynamic and meticulously researched, A History of Korea continues to be one of the leading introductory textbooks on Korean history. Assuming no prior knowledge, Hwang guides readers from early state formation and the dynastic eras to the modern experience in both North and South Korea. Structured around episodic accounts, each chapter begins by discussing a defining moment in Korean history in context, with an extensive examination of how the events and themes under consideration have been viewed up to the present day. By engaging with recurring themes such as collective identity, external influence, social hierarchy, family and gender, the author introduces the major historical events, patterns and debates that have shaped both North and South Korea over the past 1500 years.

This textbook is essential reading for undergraduate and postgraduate students of Korean or Asian history. The first half of the book covers pre-20th century history, and the second half the modern era, making it ideal for survey courses.
Kyung Moon Hwang is Professor of Korean Studies at The Australian National University in Canberra, Australia. A graduate of Oberlin College and Harvard University, his research covers the modern transformation of Korea, with a focus on state and society in the early 20th century and history disputes in the late 20th century.