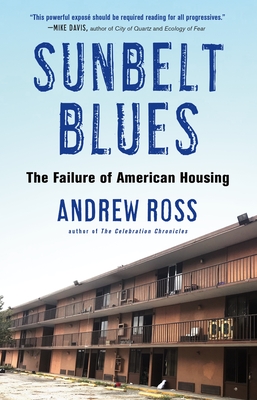 An eye-opening investigation of America’s rural and suburban housing crisis, told through a searing portrait of precarious living in Disney World's backyard.

Today, a minimum-wage earner can afford a one-bedroom apartment in only 145 out of 3,143 counties in America. One of the very worst places in the United States to look for affordable housing is Osceola County, Florida.

Once the main approach to Disney World, where vacationers found lodging on their way to the Magic Kingdom, the fifteen-mile Route 192 corridor in Osceola has become a site of shocking contrasts. At one end, global investors snatch up foreclosed properties and park their capital in extravagant vacation homes for affluent visitors, eliminating the county’s affordable housing in the process. At the other, underpaid tourist industry workers, displaced families, and disabled and elderly people subsisting on government checks cram themselves into dilapidated, roach-infested motels, or move into tent camps in the woods.

Andrew Ross is a professor of social and cultural analysis at New York University and a social activist. A contributor to the New York Times, the Guardian, and the Nation, he is the author of many books, including The Celebration Chronicles, Bird on Fire: Lessons from the World’s Least Sustainable City, and Nice Work if You Get It: Life and Labor in Precarious Times.

“Dismaying and deeply reported . . . A vital portrait of the dark side of the Sunshine State.”
—Publishers Weekly

“An unsettling look at how housing in America amplifies inequality downward, conveying privilege to corporate landlords and misery to the working poor. . . . Ross’s focus on details of place and real peoples’ lives makes for poignant, engaging reading.”
—Kirkus

“It’s not just about Florida: full-time minimum wage workers can barely afford rent anywhere in the nation. Ross calls to end market-driven housing and empower residents to make reform; for dwellers and policy-makers, reading this book may be a first step toward that empowerment.”
—Library Journal

“Andrew Ross cruises Florida’s Route 192, a motel hell where Disney World’s low-wage service workers struggle desperately for shelter. This microcosm, vividly and compassionately observed, is the portal to a commanding analysis of the national housing crisis that has pushed millions to the brink of homelessness. Ross particularly targets the vampire-like role played by private equity firms in constricting the supply of affordable housing in the wake of the Great Recession. This powerful exposé should be required reading for all progressives.”
—Mike Davis, author of City of Quartz and Ecology of Fear

“Sunbelt Blues is a must-read—gripping and engrossing, analytically illuminating, and unflinchingly humane. By focusing on one strip of highway in Florida and its diverse and fascinating inhabitants, Andrew Ross offers a vivid and compelling portrait of the whole country at a crossroads. The American dream of owning a home is fading away, replaced by a geography of extremes: luxury homes, second homes, and part-time vacation rentals on one side; Wall Street–owned rental units, downscale extended-stay motels, and homeless encampments on the other. The stories of the people Ross meets and their struggles to find a place to live and rest bring the housing crisis to life, revealing the folly and cruelty of treating shelter as a speculative asset.”
—Astra Taylor, author of Democracy May Not Exist, but We’ll Miss It When It’s Gone

“Written from the front lines of the housing crisis, amid the motels and homeless camps that constitute shelter for a growing number of Americans, this book is a painfully beautiful exposition of social insecurity. Not only is such housing precarity systematically produced by the inequalities of the new economy, but also it serves as an opportunity for real-estate grabs by Wall Street investors. What is needed, Ross argues, is a breadth of vision that pivots away from market models and reimagines housing as a human right.”
—Ananya Roy, director, Institute on Inequality and Democracy at UCLA