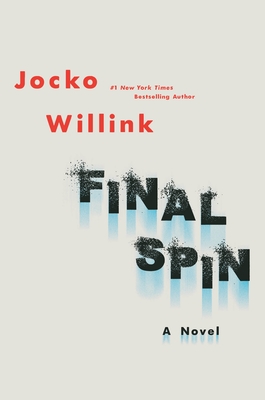 A story about life.

It’s a hamster wheel existence. Stocking warehouse store shelves by day, drinking too much whiskey and beer by night. In between, Johnny lives in his childhood home, making sure his alcoholic mother hasn’t drunk herself to death, and looking after his idiosyncratic older brother Arty, whose world revolves around his laundromat job.

Then Johnny’s monotonous life takes a tumble. The laundromat where Arty works, and the one thing that gives him happiness, is about to be sold. Johnny doesn't want that to happen, so he takes measures into his own hands. Johnny, along with his friend, Goat, come up with a plan to get the money to buy the laundromat.

JOCKO WILLINK was a Navy SEAL for 20 years, rising through the ranks to become commander of Task Unit Bruiser—the most decorated Special Operations unit of the Iraq War. After retiring, Willink continued on the disciplined path of success, co-founding Echelon Front, a premier leadership and management consulting company, writing the #1 New York Times bestsellers Extreme Ownership, Leadership Strategy and Tactics, Discipline Equals Freedom, and The Way of the Warrior Kid children’s series. He also created and hosts the top-rated podcast, JOCKO PODCAST.

"Gripping...Willink tells his story in quick blasts of haiku-like writing...with dialogue reminiscent of early David Mamet. Told with a gritty simplicity, this retains a hold on the reader right through to the inevitable tragic climax." —Publishers Weekly

"A crackerjack thriller...You've read this book before, and you've seen the movie, but Willink gives it a nice spin, a reminder of why the theme is timeless." —Booklist