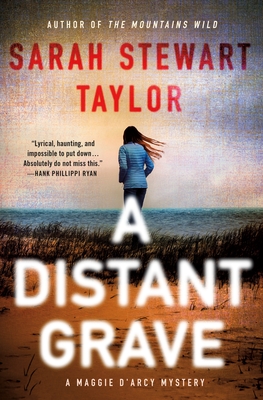 In the follow up to the critically acclaimed The Mountains Wild, Detective Maggie D'arcy tackles another intricate case that bridges Long Island and Ireland in A Distant Grave.

Long Island homicide detective Maggie D'arcy and her teenage daughter, Lilly, are still recovering from the events of last fall when a strange new case demands Maggie's attention. The body of an unidentified Irish national turns up in a wealthy Long Island beach community and with little to go on but the scars on his back, Maggie once again teams up with Garda detectives in Ireland to find out who the man was and what he was doing on Long Island. The strands of the mystery take Maggie to a quiet village in rural County Clare that's full of secrets and introduce her to the world of humanitarian aid workers half a world away. And as she gets closer to the truth about the murder, what she learns leads her back to her home turf and into range of a dangerous and determined killer who will do anything to keep the victim's story hidden forever.

With the lyrical prose, deeply drawn characters, and atmospheric setting that put The Mountains Wild on multiple best of the year lists, Sarah Stewart Taylor delivers another gripping mystery novel about family, survival, and the meaning of home.

SARAH STEWART TAYLOR is the author of the Sweeney St. George series and the Maggie D'arcy series. Taylor grew up on Long Island in New York and was educated at Middlebury College in Vermont and Trinity College in Dublin. She lived in Dublin, Ireland in the mid-90s and she now lives with her family on a farm in Vermont where they raise sheep and grow blueberries.

Praise for A Distant Grave

“A fast-paced, tension-filled yarn filled with twists the reader is unlikely to see coming. Taylor tells the story in a lyrical prose style that is a joy to read.” —Associated Press

“Complex, slow-burning…Taylor has crafted another believable and intriguing installment of Maggie’s story.” —BookPage

"Taylor pulls out all the stops—subplots, threats, red herrings, warning bells—to keep the pot boiling till the end." —Kirkus Reviews

“As intricately plotted as The Mountains Wild. . . [a] tense thriller.” —Library Journal

“Tana French fans will be eager for the next series entry.” —Publisher’s Weekly

"Lyrical, haunting, and impossible to put down... Absolutely do not miss this." —Hank Phillippi Ryan

“A Distant Grave is an entrancing and expertly crafted police procedural that surges to a full-tilt finish. Sarah Stewart Taylor commands the most complex of emotions — grief, guilt, love — with ease to deliver a story that, like a chill off the water, gets in your bones.” —Tessa Wegert