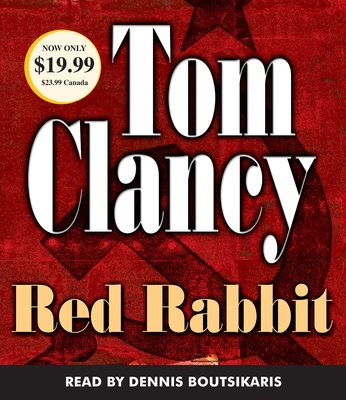 This is book number 9 in the A Jack Ryan Novel series.

Tom Clancy reveals the details of Jack Ryan's first days with the CIA in this #1 New York Times bestseller.

It’s the early 1980s—and historian, teacher, and recent ex-Marine Jack Ryan is now a CIA officer on loan to the British SIS. On his very first day, an extraordinary document crosses his desk. Because of government repression in Poland, the new Pope, John Paul II, has threatened to resign his papacy.

In Moscow, another man is contemplating the very same document. Yuriy Andropov, the chairman of the KGB, does not like what he reads, does not like what it means for him or for his nation. All it takes is one man to cause everything he has worked for to crumble. All it takes is one man to stop him. The Pope is very powerful, but he is also mortal....

Thirty years ago Tom Clancy was a Maryland insurance broker with a passion for naval history. Years before, he had been an English major at Baltimore’s Loyola College and had always dreamed of writing a novel. His first effort, The Hunt for Red October, sold briskly as a result of rave reviews, then catapulted onto the New York Times bestseller list after President Reagan pronounced it “the perfect yarn.” From that day forward, Clancy established himself as an undisputed master at blending exceptional realism and authenticity, intricate plotting, and razor-sharp suspense. He passed away in October 2013.

Dennis Boutsikaris is a two-time OBIE award winner. He has received five Audie Awards and seven Golden Earphone Awards for his work in over 100 audiobooks and was voted one of the Best Voices of the Year by AudioFile magazine.