In Broad Daylight: A murder in Skidmore, Missouri (Paperback) 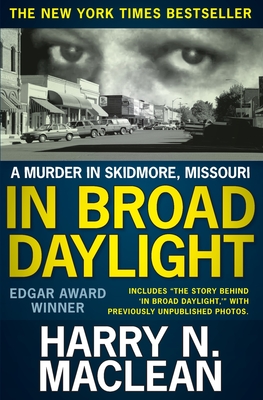 In Broad Daylight: A murder in Skidmore, Missouri (Paperback)

Ken Rex McElroy was an illiterate hog farmer who lived on the outskirts of a small town in Northwest Missouri. For over twenty years he raped, robbed and burned almost at will. Cops were scared to arrest him, prosecutors were scared to prosecute him, judges were scared to judge him, and juries were scared to convict him. Over the years, Skidmore and many other small communities became convinced that the law was incapable of protecting them from McElroy. They watched in awe as he walked away from one crime after another. Ken McElroy was shot to death on the main street of Skidmore in July 1981, in front of 45 witnesses. Despite three grand juries, no one has been indicted for the killing.