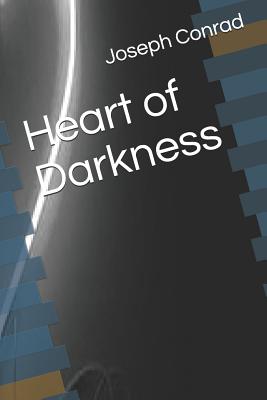 By Joseph Conrad
Email or call for price.
Special Order - Subject to Availability

Aboard the Nellie, anchored in the River Thames near Gravesend, Charles Marlow tells his fellow sailors about the events that led to his appointment as captain of a river steamboat for an ivory trading company. As a child, Marlow had been fascinated by "the blank spaces" on maps, particularly by the biggest, which by the time he had grown up was no longer blank but turned into "a place of darkness" (Conrad 10). Yet there remained a big river, "resembling an immense snake uncoiled, with its head in the sea, its body at rest curving afar over a vast country and its tail lost in the depths of the land" (Conrad 10). The image of this river on the map fascinated Marlow "as a snake would a bird" (Conrad 10). Feeling as though "instead of going to the centre of a continent I were about to set off for the centre of the earth", Marlow takes passage on a French steamer bound for the African coast and then into the interior (Conrad 18). After more than thirty days the ship anchors off the seat of government near the mouth of the big river. Marlow, with still some two hundred miles to go, takes passage on a little sea-going steamer captained by a Swede. He departs some thirty miles up the river where his company's station is. Work on the railway is going on, involving removal of rocks with explosives. Marlow enters a narrow ravine to stroll in the shade under the trees, and finds himself in "the gloomy circle of some Inferno" the place is full of diseased Africans who worked on the railroad and now await their deaths, their sickened bodies already as thin as air (Conrad 24-25). Marlow witnesses the scene "horror-struck" (Conrad 26). Marlow has to wait for ten days in the company's Outer Station, where he sleeps in a hut. At this station, which strikes Marlow as a scene of devastation, he meets the company's impeccably dressed chief accountant who tells him of a Mr. Kurtz, who is in charge of a very important trading-post, and a widely respected, first-class agent, a "'very remarkable person'" who "'Sends in as much ivory as all the others put together'" (Conrad 28). The agent predicts that Kurtz will go very far: "'He will be a somebody in the Administration before long. They, above-the Council in Europe, you know-mean him to be'" (Conrad 29). Marlow departs with a caravan of sixty men to travel on foot about 200 miles (320 km) into the wilderness to the Central Station, where the steamboat that he is to captain is based. On the fifteenth day of his march, he arrives at the station, which has some twenty employees and is shocked to learn from a fellow European that his steamboat had been wrecked in a mysterious accident two days earlier. He meets the general manager, who informs him that he could wait no longer for Marlow to arrive, because the up-river stations had to be relieved and tells a rumour that one important station is in jeopardy because its chief, the exceptional Mr. Kurtz, is ill. "Hang Kurtz", Marlow thinks, irritated (Conrad 34). He fishes his boat out of the river and is occupied with its repair for some months, during which a sudden fire destroys a grass shed full of materials used to trade with the natives. While one of the natives is tortured for allegedly causing the fire, Marlow is invited in the room of the station's brick-maker, a man who spent a year waiting for material to make bricks. Marlow gets the impression the man wants to pump him and is curious to know what kind of information he is after. Hanging on the wall is "a small sketch in oils, on a panel, representing a woman draped and blindfolded carrying a lighted torch" (Conrad 39). Marlow is fascinated with the sinister effect of the torchlight upon the woman's face, and is informed that Mr. Kurtz made the painting in the station a year ago. The brick-maker calls Kurtz "'a prodigy'" and "'an emissary of pity, and science, and progress'", and feels Kurtz represents the "'higher intelligence, wide sympathies, a singleness of purpose'