The Executive's Guide to AI and Analytics: The Foundations of Execution and Success in the New World (Paperback) 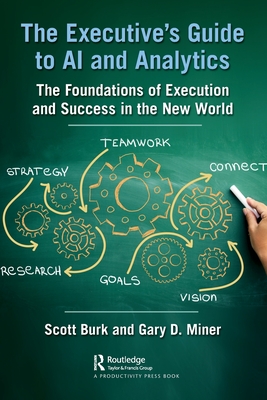 The Executive's Guide to AI and Analytics: The Foundations of Execution and Success in the New World (Paperback)

The Problem? Companies are failing to deliver on AI and analytics with over half stating they are "not yet treating data as a business asset". Over half admit that they are not competing on data and analytics. Seven out of 10 companies in a 2020 MIT study reported minimal or no impact from AI so far. Among the 90% of companies that have made some investment in AI, fewer than 2 out of 5 (40%) report business gains from AI in the past three years. And only about 25% of organizations have actually forged this data-driven culture.

Is investment lacking? No. Companies now are spending more than ever in data, analytics, and AI technologies.

Is it a lack of technology? No. There are fascinating breakthroughs occurring on all fronts with image, voice, and streaming pattern recognition on the forefront.

Is it a lack of technical talent? Not really. While some studies cite that we need to train more data scientists, developers, and related professionals, the curve of demand by supply is dampening.

Lack of execution and lack of incorporating key components that align and enable execution of the business strategy to delivery is killing AI and analytics programs. Scott Burk and Gary D. Miner have written this book for executives at all levels who are charged with executing on analytics that need to address this issue. The book provides unique insights into repairing the gaps that programs need to fill to provide value from analytics programs. It complements their three-part series, It's All Analytics by focusing on leadership decisions that augment data literacy, organizational architecture, and AI case studies.