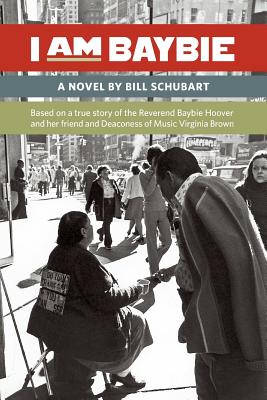 By Bill Schubart, Nadine Hoover (As Told by), Mason Daring (Designed by)

This is a work of fiction based on the lives of The Reverend Baybie Hoover and her Deaconess of Music and dear friend, Virginia Brown. In 1976, Philo Records recorded an album of Baybie and Virginia (Philo 1019) and several of us became immersed in the narrative of their extraordinarily courageous lives.

The license taken in the writing of this first person narrative is broad. Some of Baybie's own language is used, drawn from recordings of her telling her own story and the same with Virginia. Other elements of their story are extrapolated from long conversations with the two of them. The narrative is further informed by a wonderful documentary film entitled "A Lady Named Baybie" made by Martha Sandlin in 1980, four years after the recording was made.

Some of the story, especially the later years, is largely surmised. Those of us who knew these extraordinary women have never lost a deep sense of respect and affection for them and their music. Nadine Hoover was sighted at birth and blinded by the drunken doctor bringing her into the world. The daughter she had herself as a teenager by a foster father who raped her became her greatest friend and comfort and Nadine kept her close until she died. Nadine renamed herself "Baybie" when she and her friend Virginia Brown moved to the streets of New York City where, she became a licensed minister and founded her church in an abandoned apartment in Brooklyn.

" I was born sighted but then was blinded by the drunken doctor who gave birth to me. I was raped by my foster father and lied to when my little girl was born. She was sold for adoption without anyone asking me. When I had an abortion a few years later, the doctor told me he did me a favor by removing my ovaries, but he never asked me. The Lighthouse called us mendicants and wanted us to learn crafts, but we're working women -- buskers. We work for our living. I am the Reverend Baybie Hoover. I can sing for eight hours and never repeat a song. This is Ginger Brown, my Deaconess of Music. You are welcome to come to our little church."