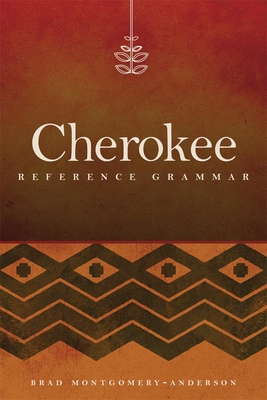 
the 90= american= and= as= best-known= br= by= cherokee= cherokees= complete= explained= first= fully= grammar= have= high= in= invented= is= it= leading= literacy= made= native= nineteenth-century= of= oldest= only= percent.= public= published= rapidly= rates= sequoyah= states.= system= the= this= throughout= to= united= used= was= writing=>The Cherokees have the oldest and best-known Native American writing system in the United States. Invented by Sequoyah and made public in 1821, it was rapidly adopted, leading to nineteenth-century Cherokee literacy rates as high as 90 percent. This writing system, the Cherokee syllabary, is fully explained and used throughout this volume, the first and only complete published grammar of the Cherokee language. Although the Cherokee Reference Grammar focuses on the dialect spoken by the Cherokees in Oklahoma--the Cherokee Nation and the United Keetoowah Band of Cherokee Indians--it provides the grammatical foundation upon which all the dialects are based. In his introduction, author Brad Montgomery-Anderson offers a brief account of Cherokee history and language revitalization initiatives, as well as instructions for using this grammar. The book then delves into an explanation of Cherokee pronunciation, orthography, parts of speech, and syntax. While the book is intended as a reference grammar for experienced scholars, Montgomery-Anderson presents the information in accessible stages, moving from easier examples to more complex linguistic structures. Examples are taken from a variety of sources, including many from the Cherokee Phoenix. Audio clips of various text examples throughout can be found on the accompanying CDs. The volume also includes three appendices: a glossary keyed to the text; a typescript for the audio component; and a collection of literary texts: two traditional stories and a historical account of a search party traveling up the Arkansas River. The Cherokee Nation, as the second-largest tribe in the United States and the largest in Oklahoma, along with the United Keetoowah Band and the Eastern band of Cherokees, have a large number of people who speak their native language. Like other tribes, they have seen a sharp decline in the number of native speakers, particularly among the young, but they have responded with ambitious programs for preserving and revitalizing Cherokee culture and language. Cherokee Reference Grammar will serve as a vital resource in advancing these efforts to understand Cherokee history, language, and culture on their own terms.the>