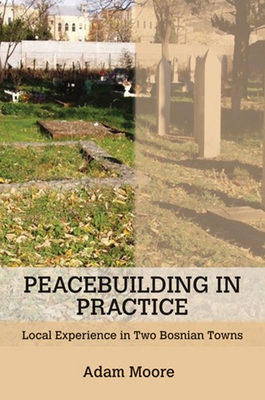 In November 2007 Adam Moore was conducting fieldwork in Mostar when the southern Bosnian city was rocked by two days of violent clashes between Croat and Bosniak youth. It was not the city's only experience of ethnic conflict in recent years. Indeed, Mostar's problems are often cited as emblematic of the failure of international efforts to overcome deep divisions that continue to stymie the postwar peace process in Bosnia. Yet not all of Bosnia has been plagued by such troubles. Mostar remains mired in distrust and division, but the Brcko District in the northeast corner of the country has become a model of what Bosnia could be. Its multiethnic institutions operate well compared to other municipalities, and are broadly supported by those who live there; it also boasts the only fully integrated school system in the country. What accounts for the striking divergence in postwar peacebuilding in these two towns?Moore argues that a conjunction of four factors explains the contrast in outcomes in Mostar and Brcko: The design of political institutions, the sequencing of political and economic reforms, local and regional legacies from the war, and the practice and organization of international peacebuilding efforts in the two towns. Differences in the latter, in particular, have profoundly shaped relations between local political elites and international officials. Through a grounded analysis of localized peacebuilding dynamics in these two cities Moore generates a powerful argument concerning the need to rethink how peacebuilding is done--that is, a shift in the habitus or culture that governs international peacebuilding activities and priorities today.

Adam Moore is Assistant Professor of Geography at UCLA.