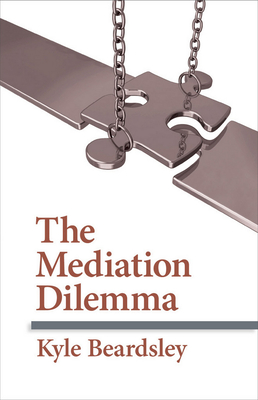 Mediation has become a common technique for terminating violent conflicts both within and between states; while mediation has a strong record in reducing hostilities, it is not without its own problems. In The Mediation Dilemma, Kyle Beardsley highlights its long-term limitations. The result of this oft-superficial approach to peacemaking, immediate and reassuring as it may be, is often a fragile peace. With the intervention of a third-party mediator, warring parties may formally agree to concessions that are insupportable in the long term and soon enough find themselves at odds again.

Beardsley examines his argument empirically using two data sets and traces it through several historical cases: Henry Kissinger's and Jimmy Carter's initiatives in the Middle East, 1973-1979; Theodore Roosevelt's 1905 mediation in the Russo-Japanese War; and Carter's attempt to mediate in the 1994 North Korean nuclear crisis. He also draws upon the lessons of the 1993 Arusha Accords, the 1993 Oslo Accords, Haiti in 1994, the 2002 Ceasefire Agreement in Sri Lanka, and the 2005 Memorandum of Understanding in Aceh. Beardsley concludes that a reliance on mediation risks a greater chance of conflict relapse in the future, whereas the rejection of mediation risks ongoing bloodshed as war continues.

The trade-off between mediation's short-term and long-term effects is stark when the third-party mediator adopts heavy-handed forms of leverage, and, Beardsley finds, multiple mediators and intergovernmental organizations also do relatively poorly in securing long-term peace. He finds that mediation has the greatest opportunity to foster both short-term and long-term peace when a single third party mediates among belligerents that can afford to wait for a self-enforcing arrangement to be reached.