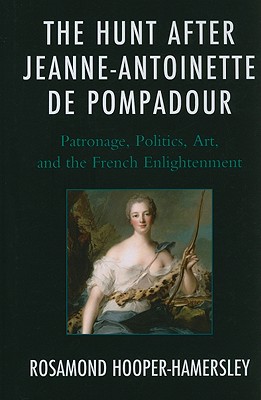 
Email or call for price.
This book recasts the import of Mme de Pompadour as a political and artistic patron at the court of Versailles in mid-eighteenth centery France. Pompadour's visual record is lush and the memoirs, diaries, correspondence, and political records are fecund examples of the weight she carried. In them she dazzles and impresses, offering both a passionate and intellectual view of the tumult that characterized pre-revolutionary France. This extensive body of evidence supports the argument that her place on the balance sheet has been overlooked. We find Pompadour simultaneously in multiple spheres of influence including the political arena, the Frence Academy of Painting and Sculpture and the larger art public, and, finally, within the Enlightenment, advocating the ideas expressed by its principal proponents. In 1745 Pompadour reigned as the new Favorite of Louis XV and kept company with him as a mistress for nearly five years. She was beset by physical infirmities and exhausted by the king's insatiable appetite. Pompadour instituted a striking transition in 1750 from mistress to friend, effecting an iconographical rehabilitation and positioning herself as an indispensable power broker within political and cultural spheres until her death in 1764. This book stimulates the audience to sit up and take notice of Pompadour's worth and measure. She is a fabulously engaging and magnetic individual whose particular influence contributed to the shifting landscape of France inching slowly toward revolution. This work overturns prevailing views of Pompadour's detractors who blind us to her import as an agent, not an object of change. Here we find a nuanced image of Pompadour through a careful examination og archival and printed sources and the art that she patronized, collectively revealing the charismatic breadth of her contributions. As she declared unapologetically, I am stubborn in the service of the King and I won't hold back in anything. The historical timeline of France from 1745 to 1764 bears the unforgettable i.
Rosamond Hooper-Hamersley is assistant professor of European history at New Jersey City University.