Atlas: A World of Maps From the British Library (Hardcover) 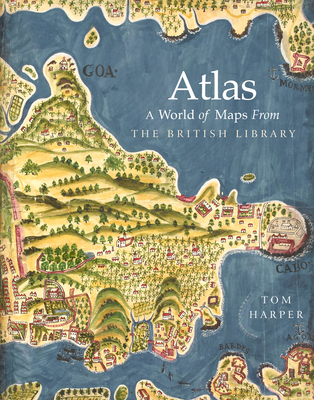 The British Library's map collection is the national cartographic collection of Britain and numbers around four million maps dating from 15 CE to 2017 CE. These include road maps drawn for 13th century pilgrims and sea charts for 17th-century pirates. They include the first printed map to show the Americas and the last to show English-controlled Calais. They include the world's biggest and smallest atlases. They include maps for kings and queens, popes, ministers, schoolchildren, soldiers, tourists. There are maps which changed the world. As well as comprehensively showcasing the varied and surprising treasures of the British Library's "banquet of maps" for the first time, this book will examine the evolution of humanity's perceptions of the world through maps. By looking at how this map collection was assembled principally over two and a half centuries but in reality over a millennium, the book comprises a cartographic history of the world, as well as vivid celebration of the world's best map collection's best maps.

Tom Harper is lead curator of antiquarian maps at the British Library and the coauthor of A History of the Twentieth Century in 100 Maps.