Women Design: Pioneers in architecture, industrial, graphic and digital design from the twentieth century to the present day (Hardcover) 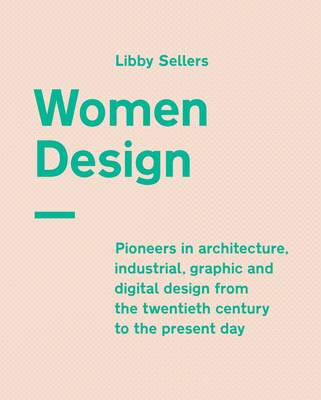 Women Design: Pioneers in architecture, industrial, graphic and digital design from the twentieth century to the present day (Hardcover)

From architects and product designers to textile artists and digital innovators, Women Design profiles a selection of the most dynamic female designers from the modern era, showcasing their finest work and celebrating their enduring influence.

Design throughout history has been profoundly shaped and enhanced by the creativity of women; as practitioners, commentators, educators and commissioners. But in a narrative that eagerly promotes their male counterparts, their contributions are all too often overlooked.

Women Design seeks to redress that balance, delving into the lives and works of some of the most talented design minds of the 20th and 21st centuries, from architects and artists to designers of all stripes.

Through 21 engaging profiles, Women Design rediscovers and revels in the work of pioneers such as Eileen Gray, Lora Lamm and Lella Vignelli, while shining a spotlight on modern-day trailblazers including Kazuyo Sejima, Hella Jongerius and Neri Oxman.

Richly illustrated with beautiful archival imagery, this is a rare glimpse into the working worlds of some of the most influential forces in contemporary design. Detailed text from design historian Libby Sellers brings the lives and work of these fascinating women to life, exploring how they overcame the challenges of working in a male-dominated world in order to see their groundbreaking creative visions realised.

This book is an invaluable work, a must-read for anyone who claims to know about design, and an inspiring insight into the lives and legacies of 21 truly brilliant women whose work has irrevocably shaped the world around us today.

Libby Sellers is a design historian, consultant, curator and writer. Before establishing a commercial gallery to support critical and conceptual design, she was curator at London's Design Museum. Her work with museums and institutions, including the Serpentine Galleries in London and Centre Pompidou in Paris, has produced a wealth of exhibitions that celebrate the breadth and diversity of design. She has authored two publications on the cultures of collecting design and contributed to many magazines and publications about both contemporary and historical design. Women Design is her third book and champions dozens of international design pioneers from the past 120 years. In 2014 Libby was honoured by the Women of the Year awards as a Woman of Achievement in the Arts.

Libby Sellers is a design historian, consultant and former senior curator of the Design Museum, London.

Her seven years at the Design Museum produced a wealth of exhibitions, including the first UK retrospectives of Marc Newson and Peter Saville, a celebration of the life and work of Eileen Gray, the annual Designer of Year awards and the Thomas Heatherwick Conran Foundation Collection exhibition.

Through her eponymous London-based gallery, Libby worked with some the industry’s most critical and progressive designers, commissioning works from them to sell through curated exhibitions. Her close working relationship with these designers led to the launching of many new careers and developed a broader understanding of the narrative power of critical and conceptual design. These works have been purchased by international clients, collectors and museums – including MoMA New York, The Metropolitan Museum of Art, New York, Victoria & Albert Museum, London and CNAP, France.

In 2015, Libby closed the gallery space to focus on writing, direct client commissions, small patrons’ circles editions and freelance curation – the first of which was an exhibition on behalf of the Serpentine Galleries during Milan’s annual Furniture Fair. She is a juror on numerous design awards, is on the vetting committees of international fairs, and has authored two publications: one on the cultures of collecting design, which was launched during Design Miami/Basel 2010 for HSBC Private Bank. Libby was nominated for the 2008 Paul Hamlyn Breakthrough Fund for cultural entrepreneurs, the Wallpaper* Courvoisier Design Awards in 2009. In 2014 she was honoured by the Women of the Year awards as a Woman of Achievement in the Arts.

Women Design assumes the Herculean task of highlighting women’s contributions to design–including architecture, industrial design, digital design, and graphics–from the 20th century to the present day. It has no business being just 176 pages, but author Libby Sellers, a prominent British gallerist and curator, manages to pack a wealth of information in profiles of 21 women designers. Historic pioneers such as Denise Scott Brown, Ray Eames, and Lella Vignelli get their due, as well as contemporary stars like Neri Oxman, Patricia Urquiola, and Kazuyo Sejima. ... This book attempts to correct the narrative, and it tells some rollicking stories along the way. —Co.Design

A fascinating insight into the women who have shaped the way we live.—Elle Decoration

From architects and product designers to textile artists and digital innovators, Women Design profiles a selection of the most dynamic female designers from the modern era, showcasing their finest work and celebrating their enduring influence.—Creative Boom