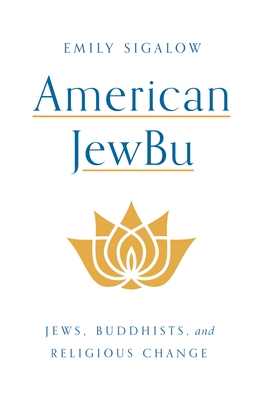 A revealing look at the Jewish American encounter with Buddhism

Today, many Jewish Americans are embracing a dual religious identity, practicing Buddhism while also staying connected to their Jewish roots. This book tells the story of Judaism's encounter with Buddhism in the United States, showing how it has given rise to new contemplative forms within American Judaism--and shaped the way Americans understand and practice Buddhism. Taking readers from the nineteenth century to today, Emily Sigalow traces the history of these two traditions in America and explains how they came together. She argues that the distinctive social position of American Jews led them to their unique engagement with Buddhism, and describes how they incorporate aspects of both Judaism and Buddhism into their everyday lives. Drawing on a wealth of original in-depth interviews conducted across the nation, Sigalow explores how Jewish American Buddhists experience their dual religious identities. She reveals how Jewish Buddhists confound prevailing expectations of minority religions in America. Rather than simply adapting to the majority religion, Jews and Buddhists have borrowed and integrated elements from each other, and in doing so they have left an enduring mark on the American consciousness. American JewBu highlights the leading role that American Jews have played in the popularization of meditation and mindfulness in the United States, and the profound impact that these two venerable traditions have had on one another.
Emily Sigalow is a sociologist of contemporary Jewish life and Executive Director of the Impact and Performance Assessment Department at the UJA-Federation of New York, a leading Jewish philanthropic organization. Website emilysigalow.com