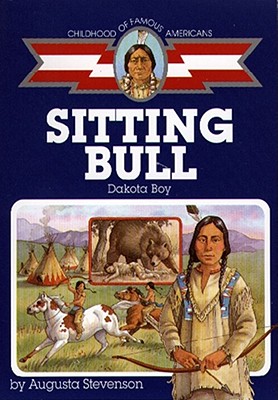 
Not in stock. At Our Partner Warehouse: Usually Ships in 4-7 Days.
Sitting Bull: Dakota Boy is the next installment in the Childhood of Famous Americans series.

Sitting Bull was admired by friends and enemies alike for his courage, strength, intelligence, and humanity. A great Sioux chief, he fought to preserve his people's homeland and way of life from the encroachment of the white man.
Augusta Stevenson was a writer of children’s books and a teacher. She wrote several Childhood of Famous Americans titles, including books about George Washington, Abraham Lincoln, Paul Revere, Sitting Bull, Benjamin Franklin, and Molly Pitcher.