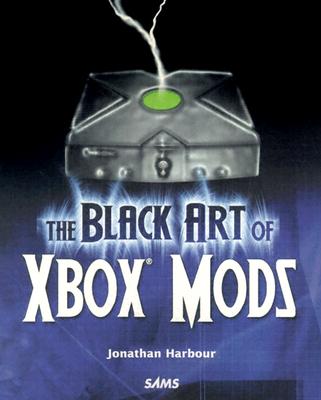 The Xbox is an exciting and fun video game console - but that's only half the story. Inside the case, Microsoft placed a customized PC that you can push well past the limits of Halo and NBA Live. In The Black Art of the Xbox Mods, gamer, programmer and midnight hacker Jonathan Harbour show you how to crack the case, strip your Xbox down to the motherboard, and take control from the inside out.

When you're finished, you'll know how to install a mod chip, boot up in a new operating system, and run cool third-party software. You'll also learn how to trick out your Xbox with case mods, glowing lights and other features to let the world know your Xbox has come a long way since you brought it home from the superstore.

With hundreds of pictures and step-by-step instructions, The Black Art of the Xbox Mods isn't for the faint of heart. But, if you want a 300GB Xbox that plays CDs, DVDs, and glows like an alien spacecraft, then this is the book for you.

Jonathan S. Harbour has been an avid gamer and programmer for 17 years, having started with early systems such as the Commodore PET, Apple II, and Tandy 1000. The first console he disassembled and tried to hack was the Atari 2600. He holds a degree in computer information systems and enjoys writing code in several languages. Jonathan has experience with several platforms, including Windows, Linux, Pocket PC, and Game Boy Advance. Jonathan has written nine books on the subjects of game programming, application development, console programming, cross-platform programming, and now console modding. He maintains a website dedicated to these subjects at http: //www.jharbour.com.