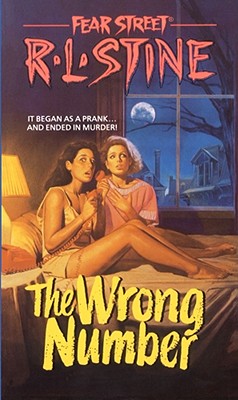 This is book number 5 in the Fear Street Superchillers series.

It begins as an innocent prank: Deena Martinson and her best friend, Jade Smith, make sexy phone calls to the boys from school. But Deena’s half-brother, Chuck, catches them in the act and threatens to tell their parents—unless the girls let him in on the fun. Chuck begins making random calls, threatening anyone who answers. It’s dangerous and exciting. The teens are even enjoying the publicity and the uproar they’ve caused.

Until Chuck calls a number on Fear Street.
R.L. Stine invented the teen horror genre with Fear Street, the bestselling teen horror series of all time. He also changed the face of children’s publishing with the mega-successful Goosebumps series, which went on to become a worldwide multimedia phenomenon. Guinness World Records cites Stine as the most prolific author of children’s horror fiction novels. He lives in New York City with his wife, Jane, and their dog, Lucky.