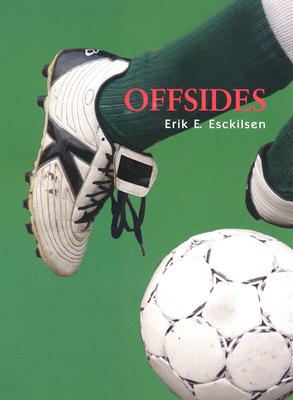 To Coach Dempsey, the Warriors teams and their Indian mascot symbolize the honor and glory of the Southwind High School athletic tradition. But soccer star Tom Gray sees little more than a denigrating cultural stereotype in the team’s mascot and the stern, war-painted Indian-head profile. As a Mohawk, Tom knows only too well the hardships Native Americans face in their struggle for respect. So when his father’s tragic death forces him and his mother to move to Southwind, Tom must make the decision of a lifetime: betray his family and heritage, or boycott Dempsey’s team and abandon the sport he loves.

Exciting play-by-plays pepper this tale, vividly capturing soccer strategy and action in a novel exploring the nature of honor and the courage required to stand up for your beliefs.

Growing up in Vermont, Erik E. Esckilsen held a few part-time jobs too frightening to write about before landing a position selling shoes at the local mall. That experience left an indelible impression, inspiring this book and sending him fleeing from retail sales forever. Since then, he has driven a cab, played in rock-’n’-roll bands, traveled the world, and worked as a journalist with such publications as Entertainment Weekly and the Boston Globe. He lives and writes in Vermont and New York City.

Fast-paced game scenes alternting with thoughtful passages focusing on Tom's developing maturity make for a balanced, enjoyable read.
Booklist, ALA The culminating soccer game with the Warriors is a rousing model of sports-writing for young readers - even those who don't know much about soccer will be drawn in.
Kirkus Reviews This sports novel is a quick read but a long study...the story will linger and satisfy those who think beyond the last page.
VOYA (Voice of Youth Advocates) —