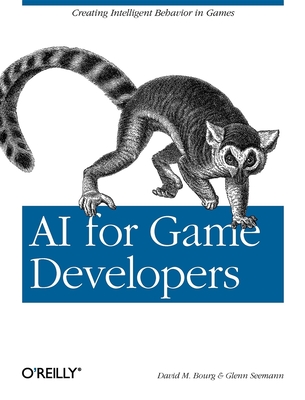 Advances in 3D visualization and physics-based simulation technology make it possible for game developers to create compelling, visually immersive gaming environments that were only dreamed of years ago. But today's game players have grown in sophistication along with the games they play. It's no longer enough to wow your players with dazzling graphics; the next step in creating even more immersive games is improved artificial intelligence, or AI.Fortunately, advanced AI game techniques are within the grasp of every game developer--not just those who dedicate their careers to AI. If you're new to game programming or if you're an experienced game programmer who needs to get up to speed quickly on AI techniques, you'll find AI for Game Developers to be the perfect starting point for understanding and applying AI techniques to your games.Written for the novice AI programmer, AI for Game Developers introduces you to techniques such as finite state machines, fuzzy logic, neural networks, and many others, in straightforward, easy-to-understand language, supported with code samples throughout the entire book (written in C/C++). From basic techniques such as chasing and evading, pattern movement, and flocking to genetic algorithms, the book presents a mix of deterministic (traditional) and non-deterministic (newer) AI techniques aimed squarely at beginners AI developers. Other topics covered in the book include:

Unlike other books on the subject, AI for Game Developers doesn't attempt to cover every aspect of game AI, but to provide you with usable, advanced techniques you can apply to your games right now. If you've wanted to use AI to extend the play-life of your games, make them more challenging, and most importantly, make them more fun, then this book is for you.
As a naval architect and marine engineer, David M. Bourg performs computer simulations and develops analysis tools that measure such things as hovercraft performance and the effect of waves on the motion of ships and boats. He teaches at the college level in the areas of ship design, construction and analysis. On occasion, David also lectures at high schools on topics such as naval architecture and software development. In addition to David's practical engineering background, he's professionally involved in computer game development and consulting through his company, Crescent Vision Interactive. Current projects include a massively multiplayer online role-playing game, several Java-based multiplayer games, and the porting of Hasbro's Breakout to the Macintosh.Glenn Seemann is a veteran game programmer with over a dozen games to his credit, for Mac and Windows systems. He's a co-founder with David Bourg of Crescent Vision Interactive, a game development company specializing in cross-platform games.